Since I last posted a whole lambing time has come and gone, so we now have lots of lambs on the ground. The weather has been very much kinder to us than it was a year ago with only one morning when a couple of taps needed thawing out.

Today I would like to show you photos of some of our stock rams that are being successfully used at Foulrice. 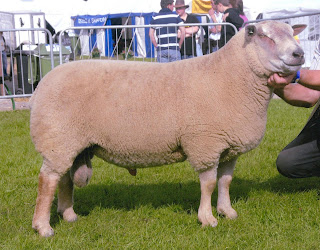 Edstaston Headmaster TG7014, purchased as a lamb at Worcs. Premier from Robert & Jeannette Gregory. At five years of age he is as correct as the day we bought him & he consistently sires some of our best shearling rams including our pen leader at Builth II 2011 sold to Ieuan & Evlin Lloyd for 2300gns. 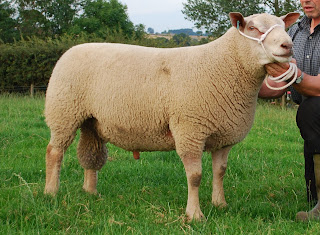 Ballynoe House Isaac YCR 8029, purchased as a lamb from Ian Craig at Dungannon. As a shearling he stood second in a large class at the Royal Welsh Show. A very tight skinned ram, he sired the top price all breeds ram at Builth I 2010 sold for 2000gns to Paul & David Curran, plus another shearling ram at Worcs. 2011 sold to Herbie & Alan Kennedy at 2100gns. He was also sire of the first prize shearling ewe at the 2011 Skipton female sale. 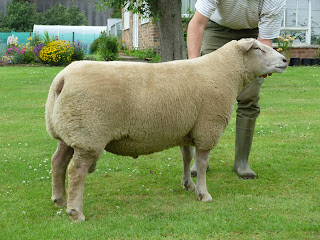 Wernfawr Jim XEV 9061, purchased in 2009 at Builth I from Paul & David Curran where he was the pre-sale champion. A big powerful ram in excess of 150kgs he has not only been shown successfully finishing the 2011 season as champion stock ram in the Yorkshire area, but also sired our best ram lamb at Worcs. 2011 selling at 4200gns to Arwel Owen & Partners as well as producing the first prize ewe lamb at the Great Yorkshire Show. 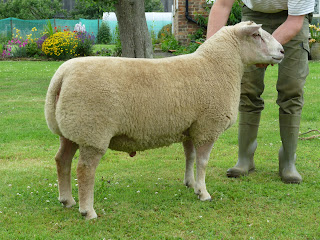 Rainbow Komodo Dragon XPU 0079, purchased as a lamb at Worcs. Premier 2010 for 1400gns from Andrew & Jan Walton. A high indexed ram with excellent fleshing whose first crop of lambs produced a strong ram lamb at Worcs. 2011 selling at 1300gns to Colin Bowen for his Hendy flock.
More pictures & news will follow shortly as I update you on our flock management.
Posted by Charles Marwood at 22:08